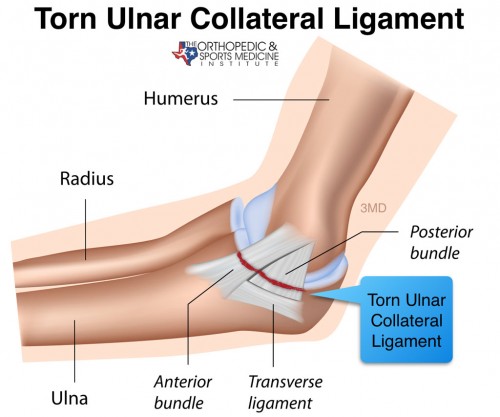 What Is Tommy John Surgery?

Tommy John surgery is the name of a procedure to repair a damaged ligament in the elbow, the ulnar collateral ligament (UCL). It’s also known as UCL reconstruction.

Baseball and other throwing athletes are at a greater risk for UCL injury, so Tommy John surgery is performed frequently in college and professional athletes. The surgery is so common in baseball that it’s named for former Los Angeles Dodgers pitcher Tommy John, the first ball player to undergo the procedure.

The good news about Tommy John surgery is that since it was first performed in 1974, many athletes have undergone the procedure and been able to return to the game as a result.

How Do UCL Injuries Occur?

In throwing athletes, like pitchers, the UCL is put under major stress when you pitchor throw overhand. The UCL stabilizes the elbow during throwing, along with several muscles, nerves, and tendons; overuse and overstress of the UCL can lead to injury.

What Happens During the Procedure?

During Tommy John surgery, your doctor will take a tendon from another part of your body and use it to repair the injured UCL. The tendon may come from below your knee or from the forearm of your uninjured arm. In some cases, tendons are used from cadavers. Unless you receive a cadaver tendon, you’ll have incisions in two areas on your body: where the healthy tendon was removed and where the UCL was repaired.

When Can I Return to Activity?

If you undergo Tommy John surgery, your chances of returning to your sport are very good. In fact, some pitchers even report that they throw better after the procedure, possibly due to rigorous rehabilitation (physical therapy).

According to a study published in April 2014 in The American Journal of Sports Medicine, 80% of 147 Major League players evaluated were able to return to competition after Tommy John surgery.[1] Another study published in the same journal also found a high rate of return to pitching and that pitchers tended to perform better after surgery than before.[2]

In order to get yourself back in the game, you’ll need to wait for your arm and incisions to heal from surgery. Once your sports medicine doctor determines that it’s safe to begin physical therapy, you can begin range of motion and strengthening exercises.

It may take some time for you to return to a high level of play, but you’ll be rewarded for your patience and hard work with a healthy throwing arm!

If you have an elbow injury, or even mild elbow discomfort that you would like to relieve, contact the Orthopedic and Sports Medicine Institute today to see what our shoulder specialists can do for you