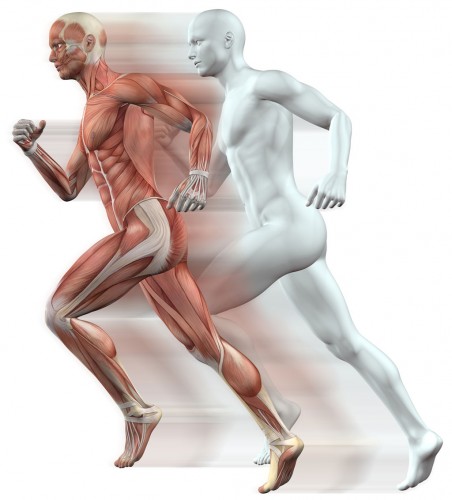 Weight-bearing exercise that make you move against gravity while staying upright has long been known to build bone density.

Exercise is fundamental to health. It can reduce stress and promote cardiovascular health, but it has another important function—building strong bones.  If you want to prevent fractures, it’s important to build strong, healthy bones. The best defense is a good offense. To do this, it might be time to overhaul your exercise program. Weight-bearing exercise has long been known to build bone density—and contrary to popular belief, lifting weights is not enough.

Our bones are a vital component of our health. Bone is living tissue that responds to exercise by growing stronger. Most of us begin to lose bone density after our third decade. Low bone density, referred to as osteopenia, can lead to osteoporosis (bone loss) and a significant risk of bone injury, including fractures.

Bone loss is a silent condition. It has no symptoms and occurs slowly over the years. Many people have no idea that they have suffered bone loss until one day, they trip, fall, and fracture a bone. We can prevent bone loss by continuing to build bone density throughout our lives.

Weight-bearing exercise has been shown to increase bone density and improve bone health. Weight-bearing exercise is physical activity we perform while on our feet and legs that works the muscles and bones against gravity. During weight-bearing activity, the muscles and tendons apply tension to the bones, which stimulates the bones to produce more bone tissue. As a result, bones become stronger and more dense and the risk of osteopenia, osteoporosis, and fractures decreases.

Researchers from the Bone & Joint Injury Prevention & Rehabilitation Center at the University of Michigan have identified several characteristics of exercise that have an impact on bone density [7]:

The magnitude, rate, and frequency of strain during exercise all play a role in building bone density.

(These activities are valuable for building cardiovascular health and strength, but they do not help build bone density.)

Make an Impact on Your Bone Density

If you want to build healthy bones, the best thing you can do is make an impact with the ground. In other words, try running, jumping, or walking. These activities create forces that move through your bones and help with the bone remodeling process that adds density.

Jump: If you really want to go high-impact, try jumping. One study showed that premenopausal women who performed 10 to 20 high-impact jumps, with 30 seconds of rest in between each jump, twice a day for four months significantly increased bone density in their hip bones compared to a group of women who did not jump.[1] (As an added bonus, high-impact jumping torches calories.)

Walk: If jumping isn’t your style, don’t underestimate the value of a brisk walk. The Nurses’ Health Study included data from more than 60,000 postmenopausal women. The women who walked briskly at least four times per week had a lower risk of hip fractures compared to their counterparts who either didn’t walk or walked less often or more slowly.[2]

Mixed-Up Movement: Mixed-up movement is exactly what it sounds like—movement that mixes it up by taking you in different directions. Whether walking, jogging, or hopping, throw in what is referred to as odd impacts—meaning that you move sideways, backwards, or any direction other than straight ahead. Tennis players know all about mixed-up movement. Research has shown that such odd-impact activity can help build stronger bones and keep hip and spine fragility at bay.[3]

What About Weight Lifting?

It turns out, weight lifting alone is not enough to build bone density—but don’t discount the value of pumping iron. Strength training is an important part of any well-rounded fitness regimen. Weight training plus other high-impact exercise is an excellent recipe for strong bones.

One study showed that people participating in high-impact sports—such as volleyball, hurdling, squash, soccer, and speed skating—had higher bone density than those competing in weightlifting.[4] Weight lifting wasn’t a total wash, though—the weight lifters had stronger bones than individuals who participated in no-impact sports, such as swimming, and bicycling.

If you’ve written off whole-body vibration platforms as a silly fad, you may want to reconsider. One study has shown that postmenopausal women who used the vibration platform for five minutes three times a week had 2 percent more spinal bone density compared to a group of control women who did not vibrate—and who actually lost about a half a percent of bone density in their spines.[6]

These machines have gone mainstream, cropping up in gyms all over the country. While they are no substitute for good old-fashioned exercise, they could play a role in building bone density.

Bone density declines after age 30, so it’s important to build bone density early on in order to prevent osteoporosis later in life.

It’s never too late to build bone health. Weight-bearing exercise is beneficial at every stage of life: childhood, adolescence, and adulthood. The University of Michigan researchers found that as little as 15-20 minutes of weight-bearing exercise, three days a week was sufficient for building bone density.

If you would like to learn more about bone density and weight-bearing exercise contact our team of orthopedic and sports medicine specialists or call us at 817-529-1900.